From 11 to 17 December 2018, the EVITA GROUP took part in the Intra-African Trade Fair, which was held in Cairo (Egypt). The aim of the fair was to develop commercial exchanges between the main companies in the African public and private sectors and so strengthen the African Union.

The EVITA GROUP attended the event representing Equatorial Guinea and presented its knowhow to the African market through its range of adhesive cement under the EVITACOL brand.

The EVITA GROUP’s delegation was made up of its Deputy Managing Director, Ms Darel Marceau MBA MINKO, and its sales representative, Ms Florentina UBENGA MATOMBA. The EVITA GROUP’s stand welcomed many visitors, who received a very positive impression: other African countries invited the group to take part in other fairs, which will be held in 2019.

During the mission, the group forged contacts with the embassy of Equatorial Guinea in Egypt, the Egyptian Chamber of Commerce, various companies in the sectors of floor tile manufacturing, sales of materials for in-plant installation and paper production, as well as companies specialising in importing, among many other sectors of interest. 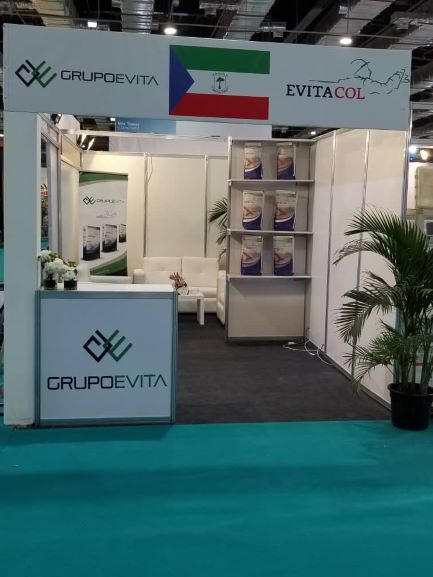 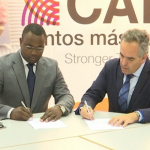 Agreement between Evita Group and CapaUncategorized 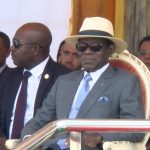